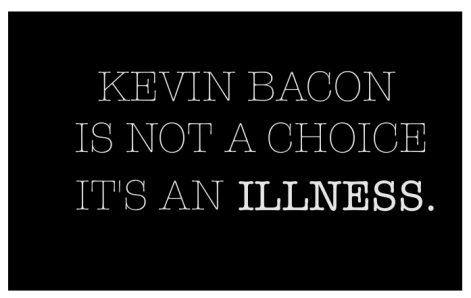 Writing about Depression sure is depressing. Maybe we can talk about how much I dislike Kevin Bacon and how on earth he managed to get on TV, with his limited talent and his even more limited jawline. How many people did he have to wank off to get his facebox on the TV? 100? 100 million? How did he do it in such a short space of time. Honestly, he is the worst thing that ever happened to me, Kevin Bacon is.

Because I hate Kevin Bacon so much I have decided to make him the face of my Depression. I hate him and I want him to go away. I am willing to take lots of medication to never see him again. Perfect. You’d think that having the name bacon in his surname might lessen the blow, but in actual fact it makes me dislike him even more. Because not only has he ruined my life, he’s also ruined bacon for me. I want him gone.

From this day forward I will refer to Depression as Kevin Bacon. 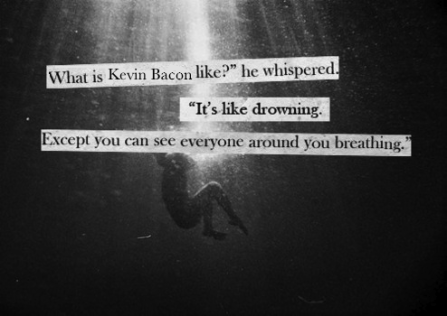 I’ve recently had to change medication because the anti-depressants I was on before, had started to decline. Since changing medication, my Kevin Bacon has become significantly worse.

I’ve been trying to explain how I felt to my doctors and the only semi-appropriate example I’ve found is this:

You know that scene in Trainspotting where Renton goes cold turkey in his bedroom and there is that baby on the ceiling and music is pumping in the background?

Well, it was kind of like that. Just instead of the baby, it was Kevin Bacon. 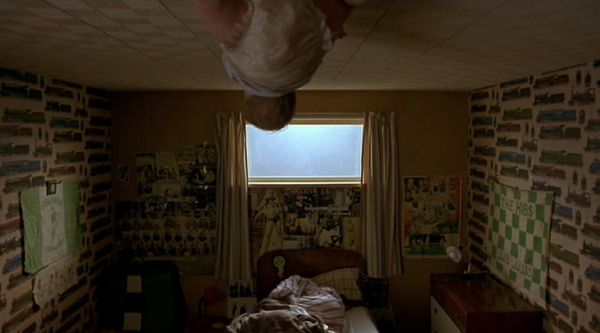 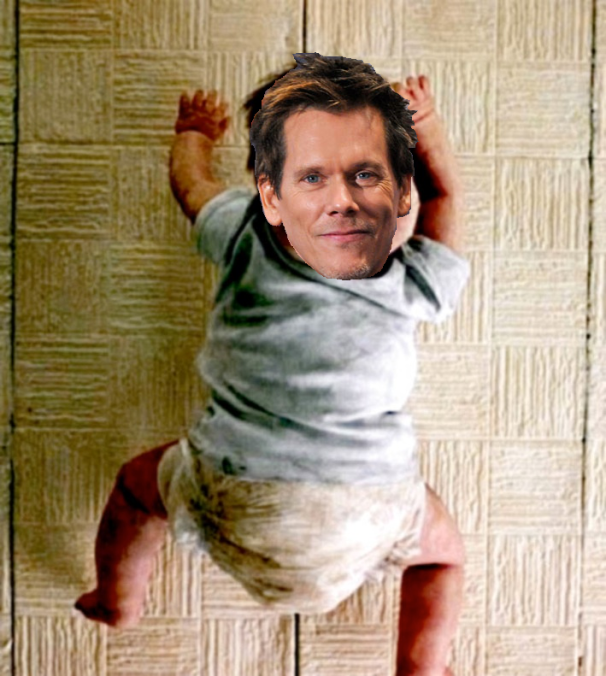 * Since the strongest drug I’ve ever done was an expired pack of tic tacs, I can’t be sure the similarities are all that accurate, but you get my drift.

It was hell. Kevin Bacon was literally torturing me.

He didn’t give me a second to breathe. I was never alone. No distractions in the world could make me forget about him. Wherever I went, he was there, weighing me down.

Writing was becoming increasingly impossible. I’d be sitting in a coffee shop, just getting ready to create some magic, when all of a sudden… 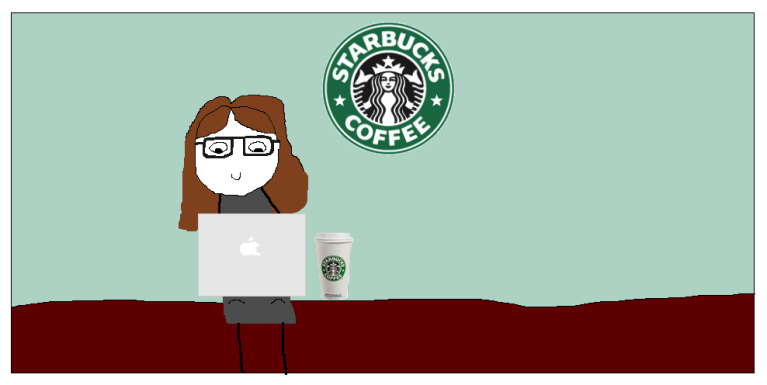 I’d feel this chill in the air…

My heart would get heavy. My skin started to crawl. I could no longer catch my breath. 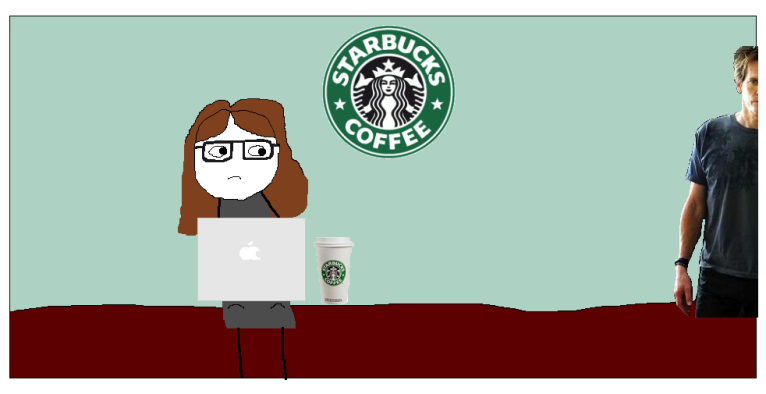 Out of the corner of my eye I could see my Depression edging closer and closer towards me. 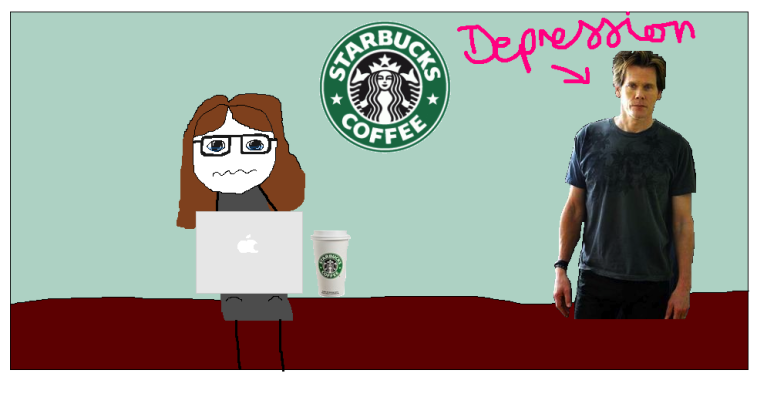 Until, I was completely and utterly engulfed by grief and overcome with emotion, and the only thing left to do was shut down my laptop and lock myself in a dark room for a few days.

Kevin Bacon made me feel incredibly unsettled.  Very distracted. The smallest little movements would send me into a state of shock. I had become as frightened and jumpy as a foster kitten.

At night I’d feel hot and clammy and restless. Kevin Bacon was looming over my bed, infiltrating my dreams.

After two days on my new medication my brain decided to take a sabbatical without telling anyone.

I just woke up one day to a note that read:

So there. My abusive, yet reliable brain went and did a runner, leaving me with a replacement that was neither super, nor qualified.

Where once I was an esteemed, young and witty Hillary Clinton with the promise of damehood and a place on the New York Times bestseller list, I now possessed the brain power and social graces of a chicken nugget.

My Honey Boo Boo brain meant that simple activities like driving became rather impossible. Not only was it taking me a few seconds too long to remember whether green meant go or red meant stop, I was also getting rather tired of reporting my car as stolen only to discover I had been looking for it on the wrong road.

Together with my Honey Boo Boo brain and my impending Kevin Bacon gloom, my life was beginning to feel out of control.

By the fifth day of feeling like the fluff in between Kevin Bacon’s toes, I decided to contact my psychiatrist. I begged him for something that would save me from this Kevin Bacon hell.

Me: Come on Doc!! We’ve been to the moon! There must be something you can give me!

Doctor: Well there is one thing we haven’t tried yet…

Last time I looked, Ketamine was a horse tranquilizer.

Aside from being used to wank off horses before a big race, Ketamine is also used to cheer up people who’ve survived suicide attempts.

No thanks Doc. I’ll take this sorrow. You can keep your horse drugs.

So the next best thing was for me stop taking the demon pills and go straight back onto my previous anti-depressants.

Now the worst is over. I hope. You never know with Kevin Bacon. Just when you think you’ve overcome the worst of it he rears his ugly head, and smirks his lopsided grin.

There are no coincidences in life and this proves it. As I’m writing this, what should come on the TV but the music video to Footloose starring none other than the anti-christ himself. 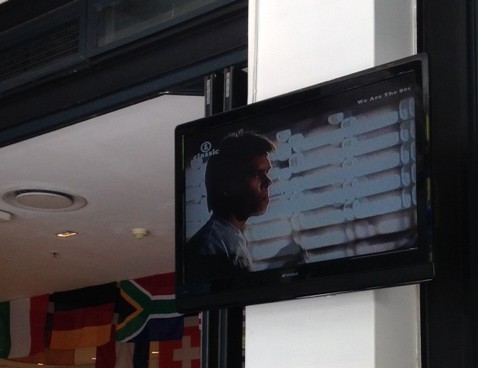 I would just like to add that aside from being born, Kevin Bacon has never really done anything to upset me. He is probably a really nice guy, when he isn’t eating kittens and tripping up old ladies.

8 thoughts on “Kevin Bacon made me do it”