My dad really does not want me to have Depression. I’m sure most parents don’t want their beloved spawn to suffer from a mental illness. However, in my dad’s case, I can’t help but think that there is a slight aftertaste of selfishness in his concern.

He doesn’t want me to have Depression because it creates a massive inconvenience to him. Because now I’ve become another problem that requires a solution. And this is especially tricky, as all the solutions he has so far provided have not carried much fruit. (Obviously)

This lack of fruit-bearing solutions means we’ve now entered into this really awkward space where I’m still not well and he’s begun to grow noticeably tired of my inability to get better. Worse of all, I have not been able to provide him with a tangible explanation for my Depression. In my dad’s eyes, Depression doesn’t just happen. There is a reason for everything. And if there’s a reason, then there must be a solution.

Telling my dad I had Depression and that I was being treated in a psychiatric hospital, was really difficult. It felt a bit like what I imagine Galileo experienced when he first declared to the vatican that the earth was round and not flat. 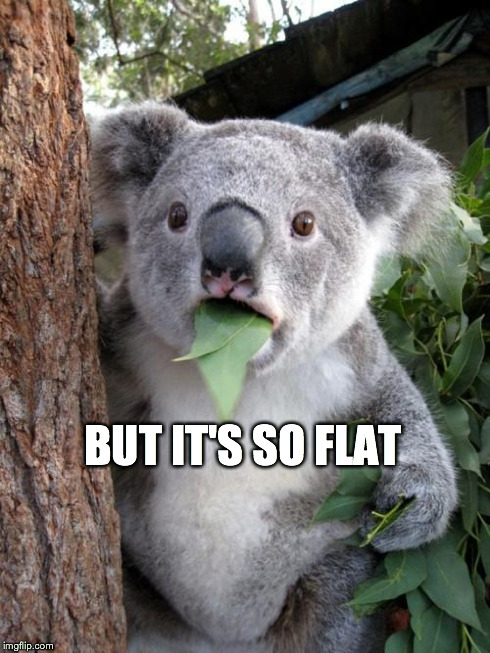 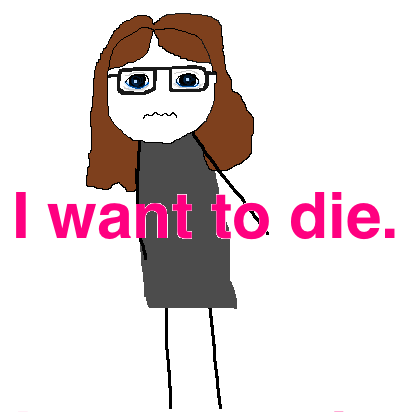 You see, I am the Golden Child. The Golden Child is not allowed to be sick. It has a responsibility to the family to be sparkly and happy and golden.

That said, my dad and I have a really great bond which we’ve shared pretty much since I was just a glint in his eye and a spring in his crotch. Mine was the only birth he attended. And not because he’s a bad husband or anything, but because he’d rather be playing Golf than watch his wife push out an infant. And who can blame him? Golf is pretty awesome.

I understand that my being sick is causing ripples in his little universe. Because I am the Golden Child. And when the Golden Child is drowning in sadness, it throws all the other planets out of sync.

Because I am usually really happy. And historically, I’ve always done well. I studied what my dad studied at university. I worked for companies that he admired. I went out with men he approved off. I did it all the right things. And because I’ve accomplished all my Golden Child duties, he gets happy when he thinks about me. Because I’m doing well in his eyes. I’m on the right path. He doesn’t have to worry about me and that makes him really happy because he has enough of that already.

So now, I’m not well. I’m a problem. One that isn’t going away any time soon. To deal with this little debacle, my dad has adopted an approach that has been around since Adam and Eve were getting jiggy with it in the Garden of Eden: Denial.

Yep, he has proudly entered the stage of full-blown, look-the-other-way-that’s-definitely-nutella, Denial. “This isn’t really happening. The Golden Child is definitely not sick. She’s just on vacation.”

Dad: I read your blog.

Me: Oh yeah? What did you think Dad?

Dad: You’re not depressed! You’re happy and sunny and happy. And wonderful. But it’s nice that you’re helping other people with your little blog.

Me: No but dad, see, that’s exactly my point. Happy people can still get Depression.

Dad: You hate your job? (He’s looking for reasons now for why I’m depressed)

Me: Well not entirely Dad, I just think I want to do something more worthwhile. I wanna work somewhere where I feel like I’m making a difference to the people around me. I want to be part of a conversation. I want to leave my mark on the world.

Dad: But you have a nice little boyfriend. He’s making you happy, no?

Me: Yes, of course. Of course. And we’re very happy together. It’s not that.

Dad: Is it your kidney? (I’ve had problems with my kidney/bladder in the past year)

Dad: It’s your kidney. I’m going to send you some of that herbal tea. You just drink this every morning and at night and during the day and poof! no more cry.

Me: Ok… thanks Dad

Dad: I think your sister has a new boyfriend (he’s changing the subject now because he’s fixed me)

Dad: And I have a new computer.

Dad: You have to understand the property market in Uganda and the rising oil prices are contributing to the fiscal crisis and the Islamaphobia that we’re experiencing in the west. It is terrible. Very terrible.

In my dad’s eyes, my Depression isn’t really happening. It’s easier for him to talk about the recent attacks in Paris than my Depression. For him, it would be ideal if this was all happening to someone else. Someone in a parallel universe, with really bad hair. Or someone on TV. Then he could just change the channel. 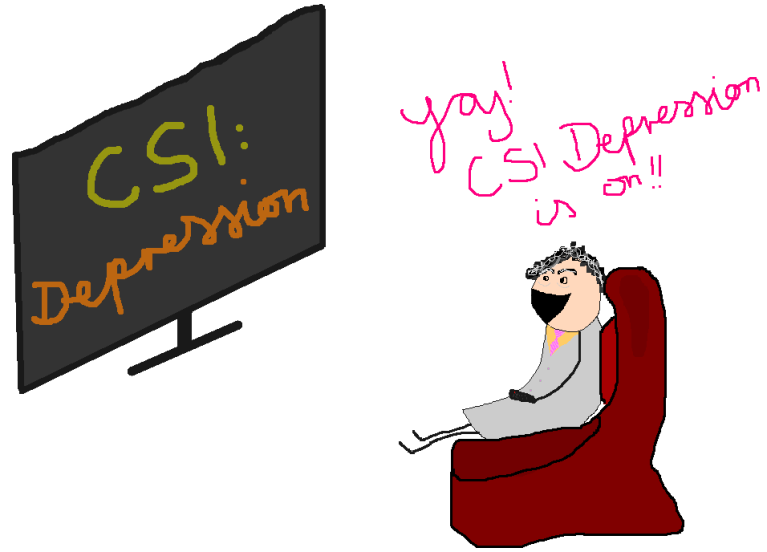 My Depression is so awful and powerful that it has the ability to shake his entire world to the core. And rather than acknowledge this, it’s just easier for him to squeeze his little eyes shut and look the other way.

Dad: If I just close my eyes really tightly and hum the theme tune to Cheers then this will all go away.

But Daddy guess what? You don’t have to fix me. You can just love me. Just ask me how my day is going. Send me funny YouTube videos. Keep supporting me. Keep sending me those “It’s Friday” memes on a Thursday. That stuff keeps me going. And don’t worry Dad. I’ll shine again soon. 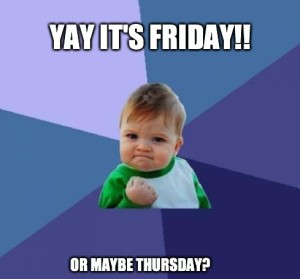 16 thoughts on “The inconvenience of Depression”

🤍
Lost at sea I am not. 🌊🤸🏼‍♀️❤️
Motherfuckers don’t you know I piss diamonds? 💎 ❤️#selfdoubt #mentalhealth
Today I shall settle the unsettled. Finish the unfinished. #businesstime 💪🏼
I’m on a beautiful and peaceful train in Germany on my way to Dresden. There is a woman with her son who is about 7 years old. He has a slight stutter and has a dummy in his mouth. A sweet boy. As they go to the bathroom the couple opposite me remark that he is very old to be using a dummy and how that’s probably why he has a stutter. This made me sad. That woman is doing her absolute best to raise her son and judgemental motherfuckers like that are not helping. That woman is raising the next generation and we should be thankful to her. It just made me think about humanity and people. I wanna be kind to people. I want to be patient and tolerant and loving. I want to be sympathetic and compassionate to others. Because being kind actually feels so much nicer. It’s so much easier to be kind. It’s so much better! My heart rejoices when I’m around kind people. So there. Tolerance. Love. Kindness #wordsofwisdom #wordstoliveby #motivationalquotes
“...Setting fire to our insides for fun, to distract our hearts from ever missing them. But I’m forever missing him” 💔 #daughter #depression #recovery #mentalhealth
%d bloggers like this: